Alyn qualified from Leeds Dental School in 1995. After a year of Vocational Training, also working as a Clinical Assistant in Oral Surgery, he moved to work in general dental practice in Shipley, West Yorkshire becoming a partner in the practice in 2002.

Since then he has worked at the Eastman Dental Hospital part-time as a Specialty Doctor in Endodontics and is a Senior Clinical Teaching Fellow and Co-ordinator of Endodontic CPD at UCL Eastman CPD. He also takes referrals from colleagues all over the north of England for endodontic treatment in practices in Shipley and Ilkley.

He has delivered 20 postgraduate hands on courses in the last two years, speaking to over 150 dentists.

Outside of work he is a keen golfer and skier, and as a part of his developing mid-life crisis recently took up triathlon, completing Ironman Florida in 2010 and Ironman Cozumel in 2011, with Zurich on the cards for 2013 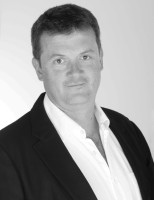